This year’s SPADA New Filmmaker of the Year was an extremely challenging Award to judge given the high calibre of the nominations received.  Therefore it was decided to have not one, but two, New Filmmakers of the Year.  This decision was made in recognition of the calibre of filmmakers being considered this year, the fact that SPADA wanted to support the industry’s new and emerging talent as much as possible – and with the impact of COVID we knew the Cash Prize of $5,000 would be very welcomed.  The prize remains the same for each recipient: that being: one year SPADA membership; a complimentary registration to the 2021 SPADA Conference; and the cash prize of $5,000

Becs Arahanga has had a rapid rise as a writer, director, and now producer.   Her debut short film 'Laundry' burst onto the scene in 2016 screening in the NZIFF Best Shorts and Show Me Shorts, where it was nominated for four awards, and continues to enjoy success at international festivals. This was followed up with her collaboration in the portmanteau feature film 'Vai', and her second short film 'Hinekura', which was described by Jane Campion as “an irresistible tale of female empowerment told in a gloriously enchanted Māori world". 'Hinekura' won the NZIFF Auckland Live Spirit of the Civic Award - and the 2019 Audience Choice Award, it has also been selected for multiple INTERNATIONAL festivals.

Becs has sat on panels and provided a unique insight into the indigenous perspective alongside some of the world’s influential filmmakers such as Warrick Thornton and Carol Dysinger. Her special talent lies in her storytelling choices and style that flows through her work. She has found a way to pose questions for humanity and layer it with contemplation, charm and humour. All of her works have these attributes and it will be exemplified in her next work ‘Fox’ which is based on the book Year of the Fox, a complex in your face comedy pitched as a rural New Zealand ‘Flea Bag’.

Since entering the film industry in 2016 as an associate producer with 'Three Wise Cousins' Abba-Rose has continued to achieve exponentially by not only making films, but commercially successful films. She has produced two feature films in the last two years, and is a key associate - producer in another.

Abba-Rose approach to film making is audience focused and centres around the under served Pacific audience. Such a niche focus has not been a barrier for commercial success - 'Take Home Pay' was the second highest, New Zealand made grossing film at the box office in 2019, with $689,000 and it would go on to make $1.1million worldwide.

Abba-Rose is one of the few Pacific female producers working in the industry, especially in feature film, and she is a role model for other film-makers looking to make a place for themselves – showing that their stories are just as valid and deserving of the cinema screen. She sees the need for more New Zealand and Pacific stories on screen and from this vision she created PISA – Pacific Island Screen Artists – to provide a voice for and meet the needs of Pacific Islanders working in the screen industry.  Abba-Rose continues to be the engine for PISA (Pacific Island Screen Artists), working pro bono, organizing workshops and maintaining administration tasks while identifying the needs of its members and taking steps to address them.

Abba-Rose is also a few days into production on the new Feature 30 Challenge - working with her tightknit team to complete a feature film from script to screen in 30 days! 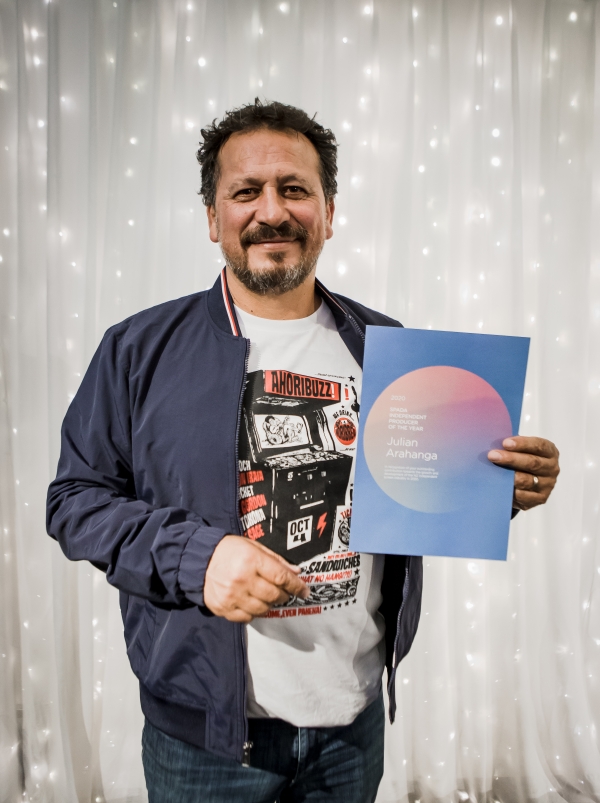 The last 12 months has been a busy one for this year’s 2020 SPADA Independent Producer Award recipient Julian Arahanga.  He has produced a documentary for Maori Television ‘Pixie’ which premiered on Anzac Day, and he has also produced a six episode series ‘Whatta Beauty’.  Julian was the EP and Producer on Colonial Combat Series 1 (2019) and is currently in post production with Colonial Combat Series 2.

Julian is the Executive Producer of The Māori Side Steps who have moved from two seasons of web series to shoot their first TV series in 2020 for Māori Television ‘Hari with the Māori Sidesteps’.

Julian has produced two short films that were written and directed by Kath Akuhata-Brown, the latest ‘Wash Day’ was shot on the East Coast in recent weeks, and his relationship with Kath continues into development on her first feature film 'Koka'.

This year’s Independent Producer of the Year was acknowledged for not only uplifting those around him, but for working hard to raise up other film makers, giving them the resources and mentoring they need - so they can grow in their craft and within themselves.

Julian’s strong sense of values, grounded in Māori protocols and ideologies - has allowed his production company to push boundaries well beyond the norm, and to do so with integrity

The 2020 SPADA / The Data Book Industry Champion Award- The recipient of this Award will have demonstrated passion and professionalism in making a significant contribution to the NZ screen production industry. - Grant Baker 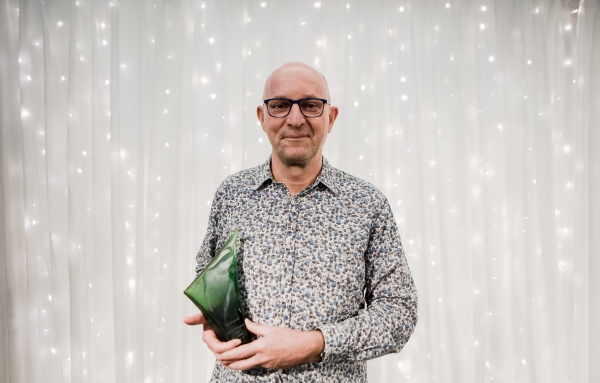 With a steady hand and a calm - yet laser pointed focus - this year’s Industry Champion is a man who has worked in and for the New Zealand screen industry over many decades.

Grant has always done everything in his power to ensure that the screen sector is heading in the right direction and is serving not only the sector, but those who enjoy the fruits of our labour - the general viewing public.

Grant is a long-standing confidant and sounding board for many industry professionals who rely on his pragmatic and optimistic approach to help resolve and respond to industry issues.  He dedicates many (unpaid) hours to ensuring that the sector and its organisations are working towards the growth and prosperity of screen businesses and folks at all levels, all without ego and without complaint.

In his role as Managing Partner of Images and Sound, Grant supports all levels of the screen industry from students to professionals. This is highlighted through Images and Sound’s generous support of awards, cash and post services through to supporting other screen businesses and organisations - including NZTV Awards, SPADA, WIFT, Big Screen Symposium, there almost isn't an event or awards ceremony in NZ that Images & Sound do not support.

Grant actively participates and contributes to the sector in his roles as the Chair of both Film Auckland and the Auckland Screen Alliance, and as an active member of the Screen Sector Strategy 2030 Facilitation Group and the Screen Sector Covid-19 Action Group.

Grant is unwavering in his support of our sector without seeking any recognition in return. In fact, those who know him are convinced that he actively seeks to hide away his real achievements.

A very big thank you to the 23rd SPADA Screen Industry Award sponsors, the New Zealand Film Commission, NZ On Air, Screenrights, NZ On Screen and The Data Book.

Congratulations to the Award recipients, and many thanks to all who came along to celebrate their achievements.

For more photos from the event visit our SPADA Facebook Page.