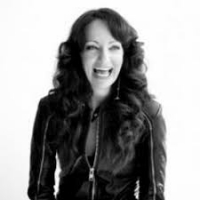 Pietra Brettkelly is a Sundance award-winning and three times Oscar-selected producer, director and writer.  She was recently received the inaugural 2019 New Zealand Arts Laureate in Documentary.  She is a member of the Academy of Motion Picture Arts and Sciences, and her films have premiered In Competition at five of the world’s top six film festivals.

A collection of her films have also screened at the Uffizi Gallery, Florence and at MOMA, New York, and her recent film YELLOW IS FORBIDDEN has been acquired by the premier international documentary film strand, BBC Storyville.

Pietra has received support from the New Zealand Film Commission, the Sundance Institute, Gucci Tribeca Fund, BritDoc and the Binger Film Lab.  She is a three times Sundance Institute alum having attended the Creative Producing Labs twice and the Edit and Documentary Lab, both invitation-only labs.

Pietra is truly passionate about filmmaking, taking risks in the pursuit of stronger, more complex stories.  She is motivated by stories that matter, the personal journeys that reflect a bigger issue.

Pietra specialises in making unique, intimate cinematic work that open windows into another world.  Her work has a considered quietness, a non-judgmental approach that allows my subjects to tell their stories.