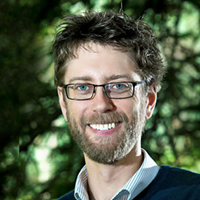 Professor Quentin Atkinson came to the University of Auckland in 2010 following a postdoctoral research fellowship in the Institute of Cognitive and Evolutionary Anthropology at the University of Oxford. He teaches evolutionary psychology and was awarded a Royal Society Te Apārangi Rutherford Discovery Fellowship in 2012. Quentin’s research draws on lab and field experiments, computer modelling and evolutionary theory to shed light on how and why various aspects of human culture evolved. His work on the evolution of language, religion, prosociality and the human expansion from Africa has been published in Nature and Science and regularly features in international media outlets including the BBC, New Scientist, the NY Times, the Economist and the Wall Street Journal. Quentin is also a keen environmentalist and working to promote understanding and action around climate

Professor Atkinson is part of the Science Roundtable.