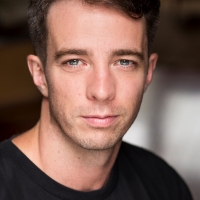 Eli is a leading voice in the new blood of comedy who in just a few short years has earned accolades across New Zealand and abroad. Eli is a two time Billy T Awards nominee, twice winner of the Auckland Fringe’s Best Comedy Award and in 2017 was a nominee for New Zealand’s top comedy honour, the Fred Award. Based in Auckland, Eli is originally from Christchurch and performs in his home town as often as possible at events such as the famed World Buskers Festival.

Since breaking onto the scene in 2013 Eli has become a recognisable face onscreen. As a huge music fan, he started out in a dream job as a music presenter for TVNZU and since then has appeared as a panelist on 7 Days, an actor on Jono and Ben, Funny Girls and Rhys Darby’s Short Poppies. His stand-up act has featured on Aotearoha: Rising Stars and TVNZ’s Backbeat Comedy Special.