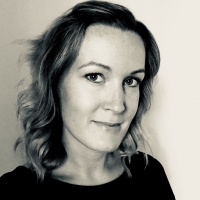 Jill Macnab began her career working in theatre management at the Edinburgh Festival Fringe, before transitioning to work in music and film retail in the UK then NZ. From here she moved to AU/NZ distributor Vendetta Films, progressing up the ranks to be General Manager of the whole business. She oversees acquisitions, sales and marketing, and attends all key film markets each year including Berlin, Cannes and Toronto.

The Vendetta team pride themselves on their award-winning marketing and targeted release campaigns. Recent NZ releases include Pecking Order, Waru and Vai. Upcoming releases include nature documentary Ailo’s Journey, French comedy Roxane, and Irish crowd-pleaser A Bump Along The Way.