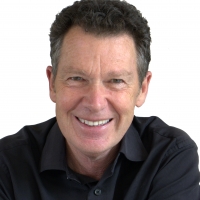 Mark McNeilis a multi-award-winning Producer & Director and one of New Zealand’s leading factual filmmakers. Over the last 25 years he has Directed, Produced & Executively Produced more than 100 hours of Broadcast, OTT & Feature documentaries. His work has screened in NZ, Australia the United States, the UK and Europe. His recent project 'Dark Tourist' is the only Netflix Original series commissioned out of NZ.

Mark combines intelligence with strong story telling skills and experience. He has an eye for what is relevant and will be compelling on screen, a sense of what works and an understanding of how to make that happen. He is known for projects about unorthodox subjects that push style boundaries, and get people talking.

Mark is the founder of Razor Films, a founding member of the NZ Screen Directors Guild and a judge for the New York Film & TV Awards.