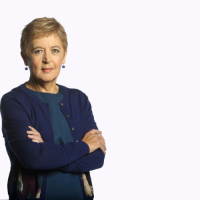 Debra Richards is the Immediate past CEO of Ausfilm. She has over 30 years communications, media & screen industry experience, previously 12 years as CEO of the Australian Subscription Television and Radio Association (ASTRA), over 13 years with Australia’s broadcasting regulator, then the Australian Broadcasting Authority (& Tribunal) and most recently almost nine years as CEO of Ausfilm, attracting major production and post production work to Australia. Debra has been involved in most screen content policy and production industry issues in Australia during her working life as regulator, stakeholder and advocate covering local content, sports rights, copyright, digital conversion and disruption. Debra is also an Adjunct Professor for Boston University (Film and Media in Australia). Debra is a Director of the Communications and Media Law Association (CAMLA) Board; a Director of the International Institute of Communications, Australia (IICA); Deputy Chair of the Advertising Beverage Advertising Code (ABAC) adjudication panel; a Director of Northcott, a professional member of the Australian Film Institute (AFI) and a marriage celebrant. Debra took up a new role at Netflix in September (2019), as Director, Production Policy for the APAC region.