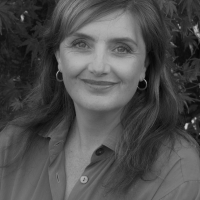 Kay Ellmers [Ngāti Tamaterā, Ngāti Raukawa] has produced and/or directed more than 20 one-off documentaries, and a range of factual television series and children’s programmes in English and Te Reo Māori.

Since starting out in the industry as a researcher, reporter and director on TVNZ series Marae Kay has created an extensive range of screen projects, including Her Daughter’s Voice - about singer and mother Hinewehi Mohi, Whānau - a once-every-seven-years project follows the progress of four babies born in 2000 (loosely related to Michael Apted's acclaimed documentary series 7 Up), The Brown Factor -  and .

In 2014 Ellmers received the Women in Film and Television’s Mana Wahine Award for contributions to Māori Broadcasting. In late 2018 she joined RNZ as Senior Commissioner and now oversees a varied slate of productions which include documentaries, podcast series, investigative journalism projects, scripted comedy, and stories and songs for children.